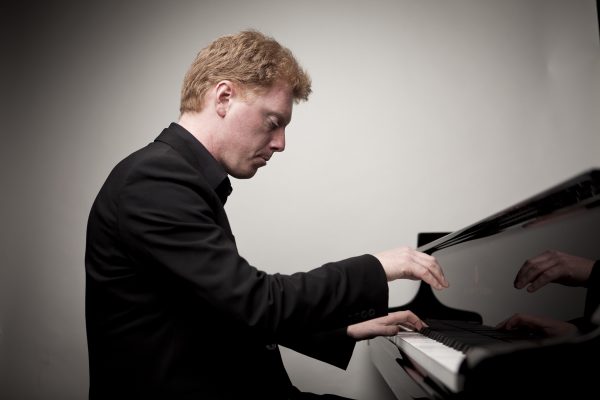 The twin themes of the 2014 Music in the Round festival are love and war. For the opening concert of the series, Brahms supplied the romance while Prokofiev and the young British composer Charlie Piper provided the conflict.

Piper’s The Dark Hour is an ambitious, well-realised half-hour suite for seven solo instrumentalists and a narrator, based on the journal of private JW Greystone, who served in northern France in 1916. Piper’s setting adroitly captured the journal’s mixture of absurdity and horror: the “evening hate” of the enemy bombardment ignited a noisy explosion on the viola; and tense pizzicato phrases suggested the anxiety of a sortie to repair the wire in no man’s land, then morphed into a surreal exchange as Greystone described how a German patrol that was engaged in the same activity asked if they might borrow a hammer.

Prokofiev’s Piano Sonata No 7, completed in 1942, was the second in the War Sonata trilogy, in which the composer – obliged to provide an ode in honour of Stalin’s 60th birthday – produced a sequence of aggressively dissonant works that seemed more accurately to reflect what he thought of him.

Here Tim Horton gave a truly ferocious performance: the insistent, single-note bass of the final movement suggested the despair of a Soviet composer slamming his head against a brick wall.

One does not generally look to Brahms for coded personal messages – except in the second of his string sextets, in which the composer embedded a passage spelling (in German notation) the name of the woman with whom he had recently broken off an engagement. To make it even more explicit, Brahms wrote: “Here I tore myself away from my last love.” The tone produced by Ensemble 360 was both beguiling and bitter. Rarely has a kiss-off sounded so sublime.

And in case you missed it...

The Observer, Stephen Pritchard
Back To Top